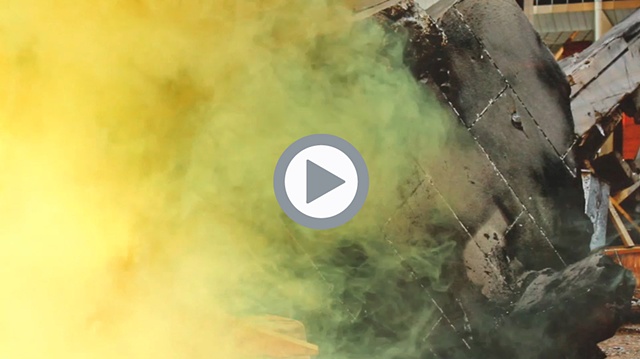 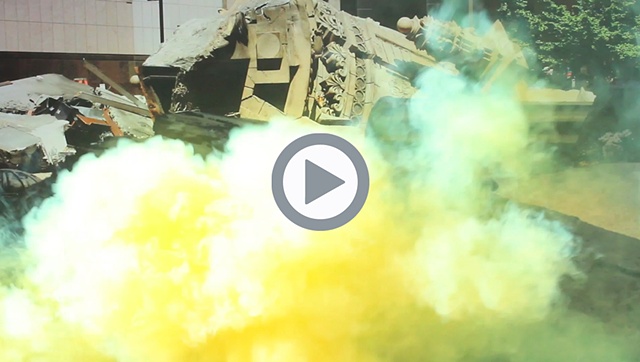 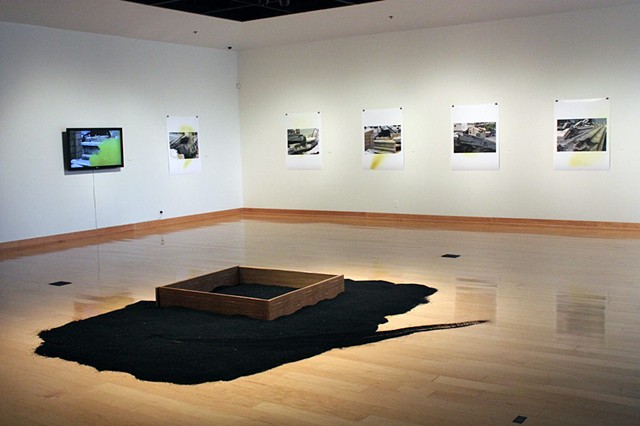 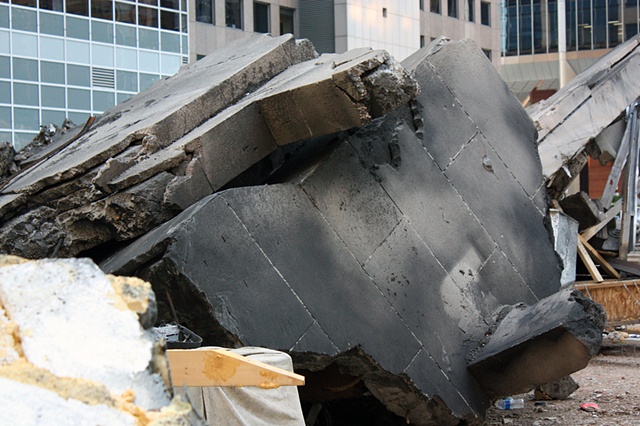 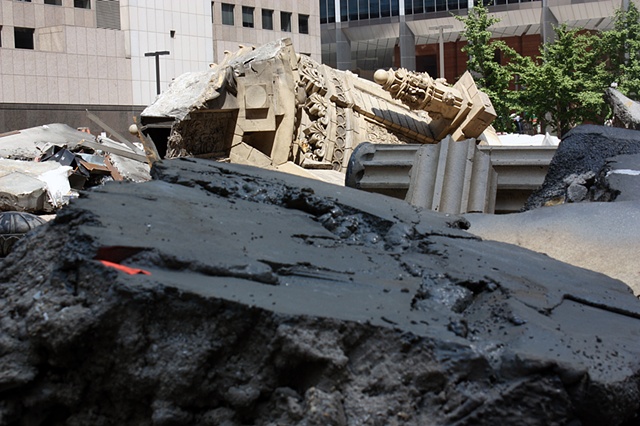 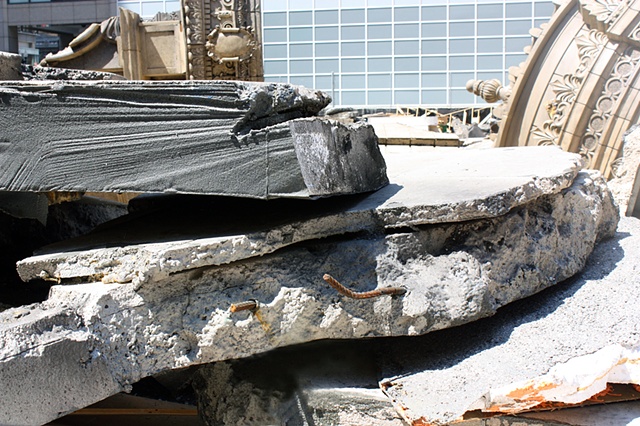 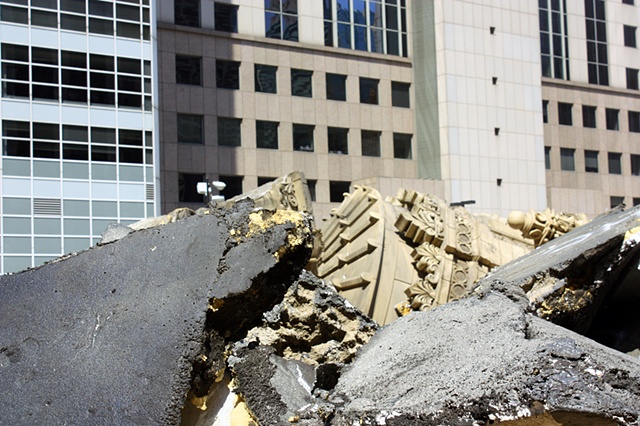 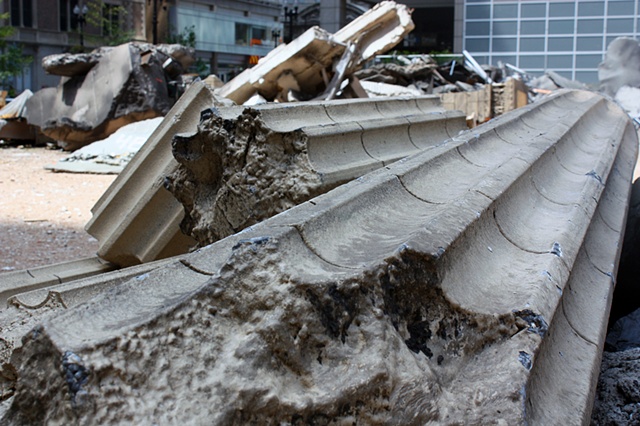 This project investigates the indeterminate spaces of the constructed and the demolished through the imaging of disaster spectacle in urban environments. This series is comprised of photographs shot from the Transformers 3 film set littered among Chicago’s modernist architecture, and videos that utilize these photographs.

These works consider ways in which cities are sometimes experienced as cinematic rather than a lived one. The spectacles presented in disaster films are seductive; aestheticized images of ruined cities collapse into one moment both fear of destruction and the reassurance of continuity of history.

The videos deploy an ambiguous situation in front of the photographs of fake ruins. Images of the set become the film set again, redoubling the fake. The absence of context or causation deflate the expectation of narrative cataclysm, allowing a consideration of problematic beauty and the exclusion of social and political factors that lead to ruination.