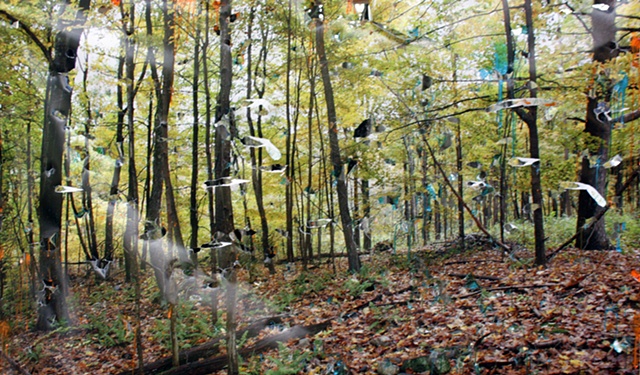 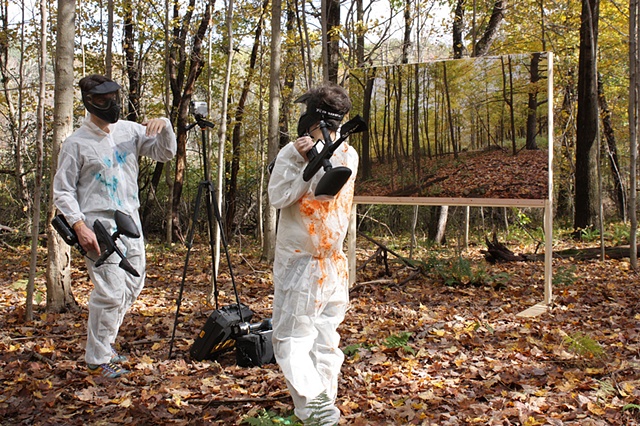 Un-dramatics: Fall: Before the Fall
c-print 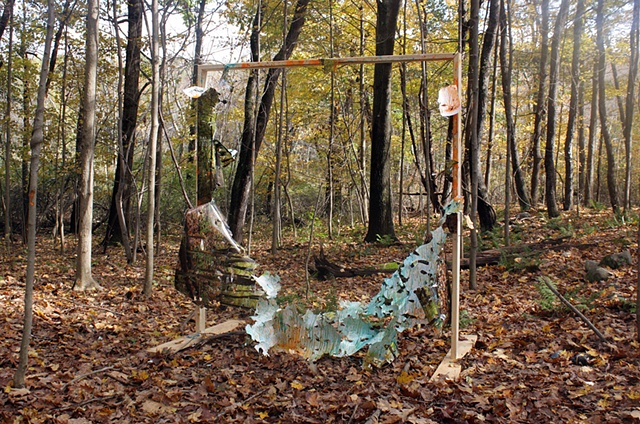 Un-dramatics: Fall: After the Fall
c-print 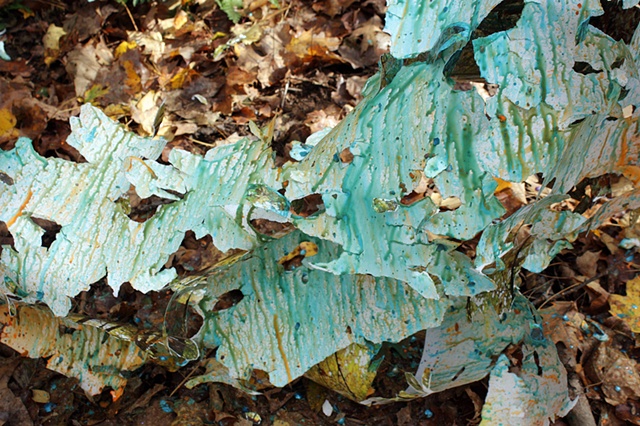 Un-dramatics: Fall: Blue and Orange in the Landscape
c-print 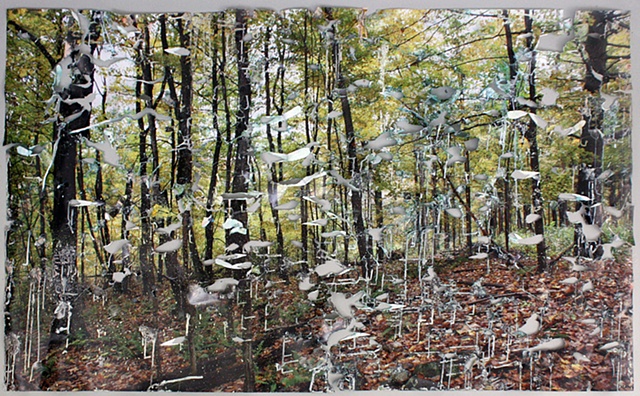 The Un-dramatics series of four videos takes up the history of landscape representation, ideology and ensuing violence as a starting point. Utilizing the Hudson Valley as specific place inseparable from historically represented place, we consider this ongoing impetus forming social/national identity and priorities. Invoking individuality and freedom, exploration and possibility, the Hudson River School painters viewed the sublime and moral purity in the unspoiled new land as implicit of Manifest Destiny’s aesthetics.

Contemplation, exploration and possession of land necessitate the unfolding of time. The videos also correspond one for each season, each shot and framed in the same location in the Hudson Valley.

We utilize the history of image as backdrop in film. A familiar conceit in set design employs a photo backdrop in combination with other artificial constructions to create an alternate reality. In this video, we consciously omitted everything in the “set” with exception of the photograph. The photograph became the set and reality is assumed.

Image, illusion and ideology are conflated to interrogate the way landscape is represented as contested territory. Creating a space in which an act of iconoclasm seems to reveal reality questions assumptions about even this presentation, as it is yet another framed representation mediated through video.